99 Percent Invisible on the Automat

99 Percent Invisible on the Automat

I found this 99% Invisible episode about The Automat enlightening, mostly because it is a reminder to be humble and not assume your knee-jerk reaction that something is being caused by technology when it actually may be that what you're seeing is a novel incarnation of something very old. The technology is just the shiny new wrapper:

A new restaurant called Eatsa opened up a few years back in downtown San Francisco It was designed to be a high-tech affair where people order on iPads and then retrieve food out of a cubby.

Instead of placing an order with a waiter or someone behind a counter, customers were directed to punch it in on a screen then walk up to a wall of clear glass cubbies, wait, select the one with their name, then tap to open it. Inside, the food would be ready and waiting.
...
Even though this might seem like a very Silicon Valley “meal system of the future,” something very similar to Eatsa existed over 100 years ago in New York.
...
The inside of a Horn & Hardart automat looked like a glamorous, ornate cafeteria — but instead of a human handing you hot food over a counter, you would push your tray up to a wall of little glass cubbies. Each cubby housed a fresh, hot portion of food on a small plate. It could be anything from a savory side of peas or a turkey sandwich to a sweet slice of pie. You would simply put in some nickels, and then the door to that cubby would unlock and you could take the plate that was inside. The food was good but it was also really cheap. 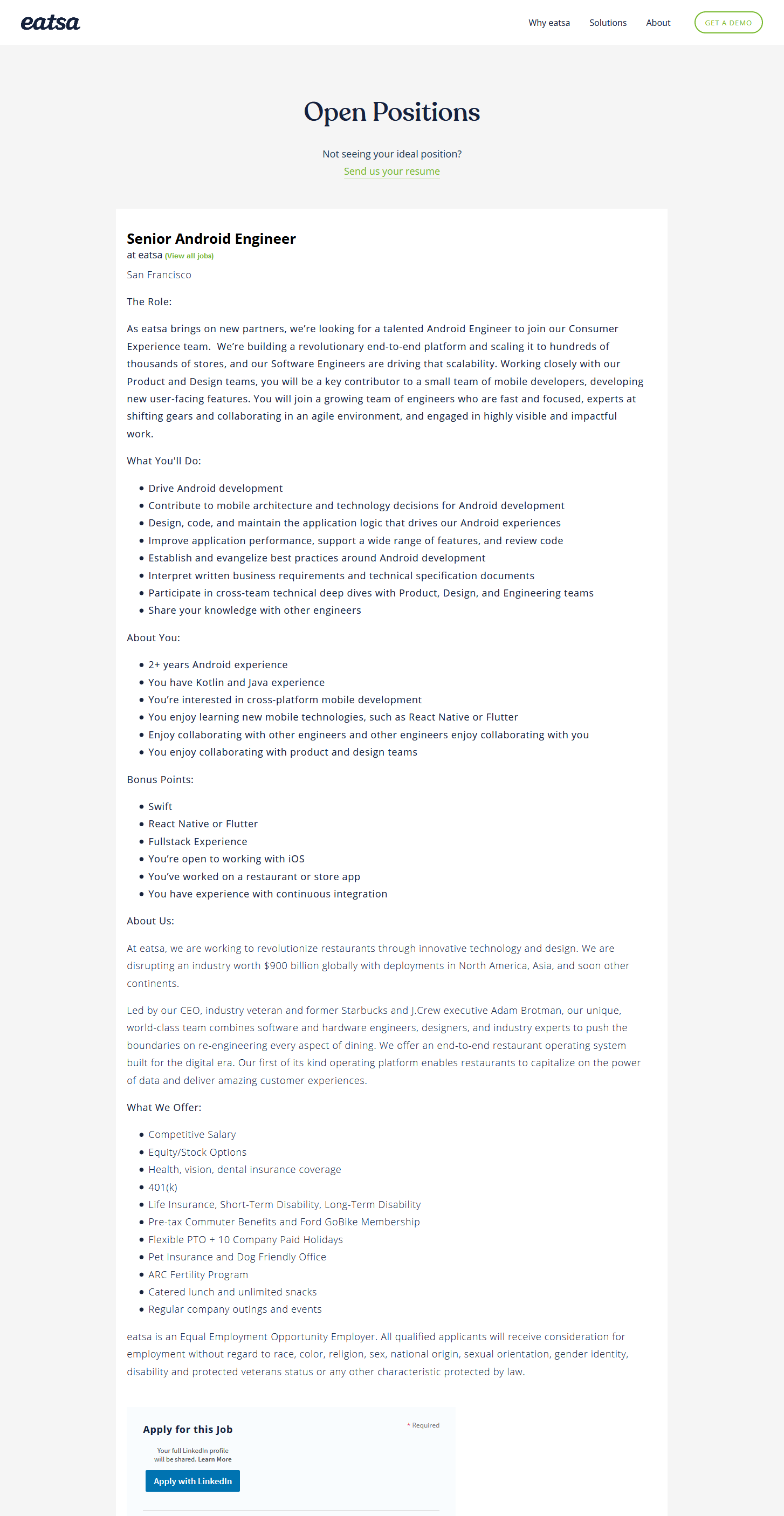 Eventually, of course, in the 60s and 70s, this model went away. 99pi mentions the fact that people began to move out of the cities and into the suburbs (Horn & Hardart was only ever in New York City and Philadelphia.), meaning more home-cooked meals, especially as more suburban wives stayed home and had time to cook. Wikipedia also mentions the inflation in the 70s that made it hard to charge the right amount in coins at a time that vending machine technology couldn't reliably accept paper money.

A second interesting lesson is that the Eatsa chain got roasted on social media around the time it was announced, and the jokes about how this was such a typically Silicon Valley thing to do to try and engineer-optimize food, like soylent or Huel. But the chain failed. Apparently they've closed all their stores and are pivoting to trying to be a tech company offering, I'm guessing, some kind of mobile ordering platform for other stores. As I was writing this post I found a job posting for Android programmers, working out of their office in, you guessed it, San Francisco.

I don't have comments on my posts, but if you want to reach me, email me at my first name at benb.us.